Why may you need periodontal treatment Fremantle? Sometimes people experience bleeding gums while brushing and flossing.

Bleeding gums are “angry” gums. The problem is referred to as Gingivitis. If this remains untreated it can progress to a condition called Periodontitis which will require periodontal treatment. This involves infection and inflammation of the gums and the jaw bone supporting the teeth. People can experience bad breath, painful gums, sensitivity, loose teeth and shrinking gums.

Periodontitis can be exacerbated due to poor oral hygiene, lack of professional cleans and regular check-ups, smoking, diabetes and certain other ailments and medications.

Periodontitis has also been linked to heart disease in certain studies. Pregnancy and puberty also affect the gums due to hormonal changes – small amounts of plaque build-up can cause more damage in such individuals.

Regular professional cleaning of gums is necessary to reverse gingivitis. Once periodontitis sets in, it requires aggressive treatment and maintenance to help control the disease.

Do You Need Periodontal Treatment Fremantle? 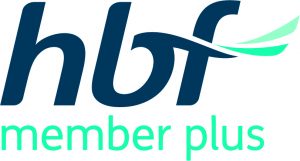